Update: One Dead, One Severely Injured in Home Explosion, Fire Near Tower 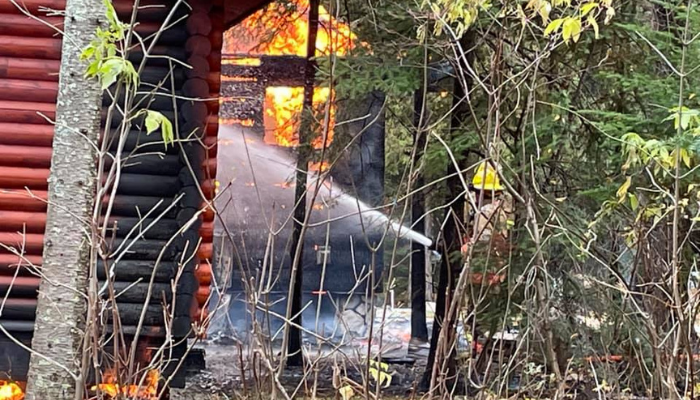 (courtesy: Facebook/Friends of the Northland FireWire via The Timberjay Newspaper)

GREENWOOD TOWNSHIP, Minn. Authorities say human remains have been found inside the home that appears to have exploded and then caught fire Wednesday morning in Greenwood Township.

According to the St. Louis County Sheriff’s Office, the 911 Center received a report around 9:36 a.m. of a house explosion in the 1700 block of Everett Bay Road.

When deputies arrived at the scene it was confirmed that the home appeared to have exploded before catching fire.

Initial reports indicated that two people were possible inside the house at the time of the explosion.

He was airlifted to Essentia Health in Duluth. The extent of his injuries is unknown at this time.

Human remains of what authorities say appear to be an adult female were later found in the house.

The incident is under investigation by the St. Louis County Sheriff’s Office and MN State Fire Marshal’s Office.

Authorities say the house is a complete loss.