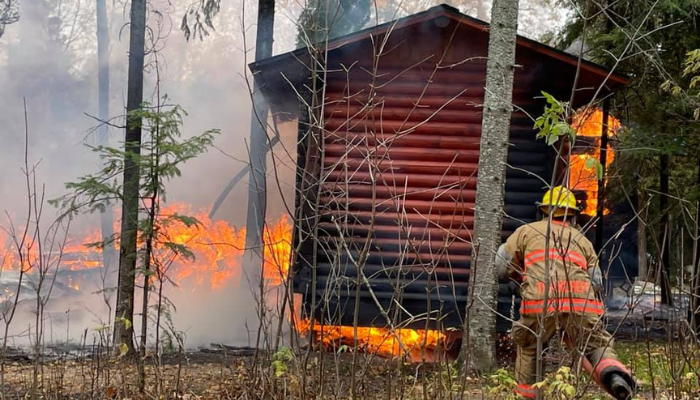 (courtesy: Facebook/Friends of the Northland FireWire via The Timberjay Newspaper)

The St. Louis County Sheriff’s Office says 72-year-old Michael Gramse was found severely injured in the yard by fire crews when they arrived at the scene around 9:36 a.m.

According to reports, before Michael was transported to a Duluth area hospital for his injuries he told first responders that his wife, 72-year-old Eva Gramse was still inside the house.

The Sheriff’s Office believes that the human remains later found inside the house are those of Eva Gramse.

The Midwest Medical Examiners Office is currently working to positively identify those remains.

The cause of the explosion and fire remains under investigation.