PINE CO., Minn. — The driver who crashed into a 148th Fighter Wing member in Hinckley back in May has been charged, just a few days shy of the six-month anniversary of the victim’s death. Certain evidence testing from the BCA took until October to process.

21-year-old Tabitha Sue Sigler of Cambridge, MN, has been charged with criminal vehicular homicide while under the influence of a schedule 1 or 2 controlled substance. 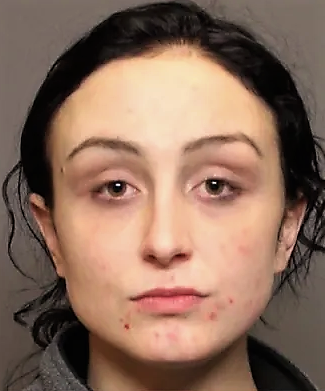 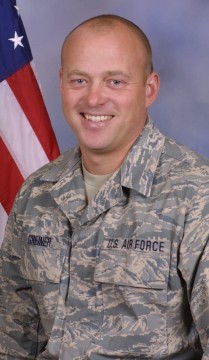 The criminal complaint says that Sigler was driving down I-35 South when she crossed over the median and hit Greiner’s SUV, causing him to careen into a ditch.

A witness told a Minnesota State Patrol trooper that she was driving three cars behind Greiner and saw Sigler’s car “come through the median, fly up in the air and roll.”

According to the criminal complaint, investigators found evidence of drug use in Sigler’s car, including butane torch lighters and a black scale with white residue on it that came back positive for methamphetamine when it was tested at the scene.

They also found a bag that had burn marks on it that investigators say matched up with setting a hot glass pipe on it used to smoke meth.

Law enforcement also discovered a bag containing white powder in her car. It was sent to the BCA for testing. The agency determined the substance to be dimethyl sulfone, reporting those results on October 11th.

Investigators say they smelled marijuana coming from Sigler’s car, and say they also found a bottle of whiskey that had been opened and was partially empty.

Sigler was airlifted to the hospital with life-threatening injuries. Law enforcement obtained a search warrant and her blood was tested for substances less than three hours after the crash. It was sent for testing, and the BCA returned the results on July 9th. Her blood tested positive for meth, amphetamines, and THC.

She told investigators that she remembered losing control of the car, but couldn’t recall anything else. Her license was suspended, but it’s unclear for how long. 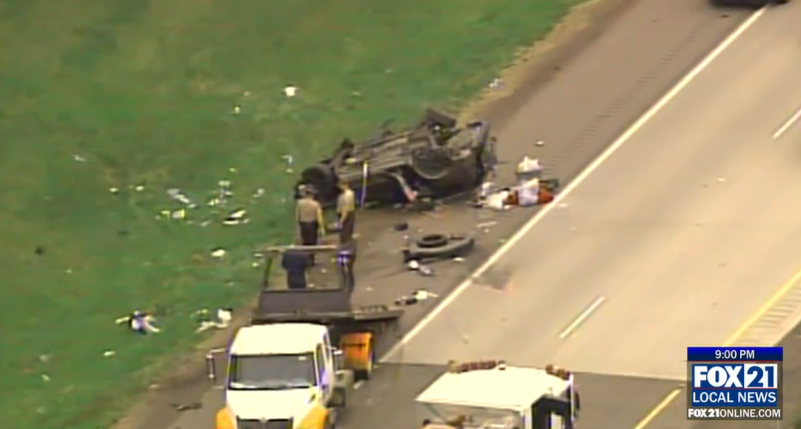 Sigler has a criminal past involving drugs; she was convicted of a felony fifth-degree possession of a controlled substance back on January 19th, 20221 in Hennepin County.

A 36-year-old male passenger was in the car with Sigler at the time of the crash.

He told investigators that they had left a casino before crashing into Greiner. The criminal complaint says that the man was slow answering questions, and claimed that he had fallen asleep and woke up as their car was airborne.

The man, who has not been charged in the case, was also airlifted to the hospital with life-threatening injuries.

During Minnesota State Patrol’s crash reconstruction, it was determined that Sigler traveled across four lanes. She had been driving in the right lane of I-35 South, then crossed into the left lane before going airborne at 60 miles-per-hour over the median, landing on the northbound shoulder.

Investigators believe the evidence shows that Greiner saw Sigler’s SUV coming toward him, so he hit his brakes and went onto the shoulder to avoid her.

Sigler’s SUV partially struck Greiner’s SUV as it landed, then rolled on top of his vehicle. The impact pushed his SUV into the ditch right up to the trees. The crash reconstruction indicated that Greiner was likely killed on impact when Sigler’s car crashed into his.

Greiner’s toxicology report showed that he had no alcohol or controlled substances in his system.

The coroner determined he died from several blunt force injuries, including fatal head trauma. Greiner had his seatbelt on at the time of the crash.

Greiner was a resident of Garfield, Minnesota. He served in the military for almost 20 years, and was set to retire in October.

He joined the U.S. Air Force back in 2002. He served as a helicopter mechanic for three years, then went on to serve with the Minnesota Air National Guard as a heavy equipment operator. He rose to the rank of Master Sergeant (E7), and also served two tours in Afghanistan, along with two tours stateside.

He was a civil engineer with the 148th Fighter Wing, and was deployed to the Bagram Airfield in Afghanistan in both 2010 and 2014.

“Master Sgt. Greiner quietly and effectively got the job done”, said Chief Master Sgt. Doug Ion of the 148th Civil Engineering Squadron. Ion, who deployed with Master Sgt. Greiner two times, added, “Dave was always on point whether he was working on airfield infrastructure projects or removing an A-300 Cargo aircraft from an active runway during a combat deployment.”