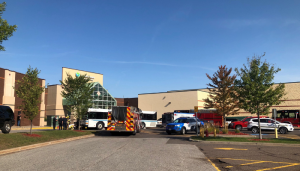 DULUTH, Minn. – FOX 21 learned Thursday that the Duluth Police Department has completed its investigation involving a DTA driver who struck and killed a pedestrian at the Miller Hill Mall in September.

A spokesperson for the department said the investigation is now in the hands of the St. Louis County Attorney’s Office for possible charges.

David Weston, 64, died of his injuries after being hit by the DTA bus around 9:50 a.m. Sept. 10 outside of Dick’s Sporting Goods at the mall.

Fire responders located the man pinned under the bus.

The bus driver was placed on standard leave during the investigation.

It was not known Thursday if the driver is still with the DTA.

A cause of the crash has not been released yet.