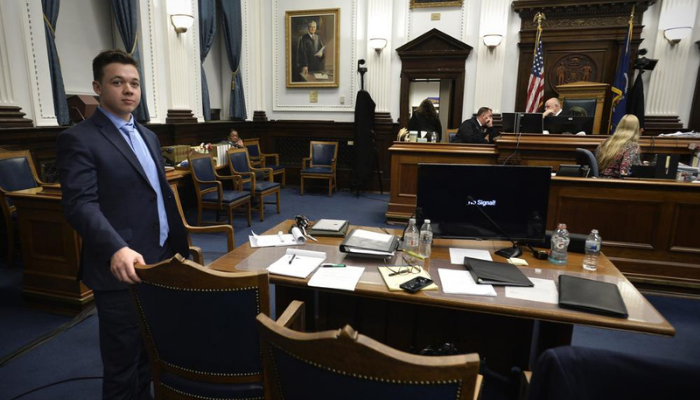 KENOSHA, Wis. (AP) – Jurors are set to begin deliberating Tuesday at Kyle Rittenhouse’s murder trial after two weeks of testimony in which they were given starkly different portrayals of his actions the night he shot three men on the streets of Kenosha.

Prosecutors say Rittenhouse was a “wannabe soldier” who provoked a confrontation, while the defense says he feared for his life and acted in self-defense after being ambushed by a “crazy person.”

Eighteen jurors have been hearing the case; the 12 who will decide Rittenhouse’s fate and the six who will be designated alternates will be determined by the drawing of names from a lottery drum.

Rittenhouse, then 17, shot two men to death and wounded a third during a tumultuous night of protests against racial injustice in the summer of 2020.