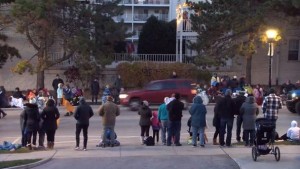 WAUKESHA, Wis. (AP) – The police chief in Waukesha, Wisconsin, says there were “some fatalities” when an SUV sped into Christmas parade.

A live video feed of the parade from the city of Waukesha, as well as videos taken by parade attendees, showed a red SUV breaking through barriers and speeding into the roadway where the parade was taking place. 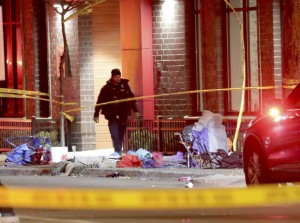 “Kathy and I are praying for Waukesha tonight and all the kids, families, and community members affected by this senseless act. I’m grateful for the first responders and folks who acted quickly to help, and we are in contact with local partners as we await more information.”