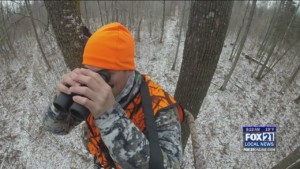 MILWAUKEE (AP) – Wisconsin kicked off its 170th deer gun season and for the second straight year some hunters were feeling ill-equipped.

A nationwide ammunition shortage due to the supply chain issues affecting other products has left hunters searching far and wide for ammo in the first place and then shelling out more money if they do find it.

Randy and Tiffani Rogness, who own Paddock Lake Sporting Goods in Salem, had empty ammunition shelves on Friday.

When a new supply is delivered it lasts two to three hours, even at one box limit per customer.

One of the nation’s biggest ammunition manufacturers, Vista Outdoor in Anoka, Minnesota, said it’s “ramping production ahead of schedule at its Remington facility to meet unprecedented demand.”