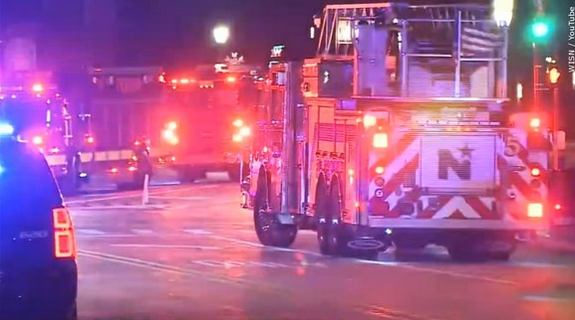 WAUKESHA, Wis. (AP) – A person taken into custody after an SUV plowed into a crowd of holiday parade marchers in Wisconsin, killing at least five people, has been identified as 39-year-old Darrell Brooks.

Police haven’t yet identified the “person of interest” they are holding.

But two law enforcement officials briefed on the matter provided the identification to The Associated Press.

They spoke on condition of anonymity because they were not authorized to speak publicly.

A law enforcement official earlier told AP that investigators were examining whether the driver may have been fleeing from a crime when he crashed into the paradegoers. That official also spoke on the condition of anonymity.