Kitchen Fire Forces Evacuation At Pier B Resort In Duluth 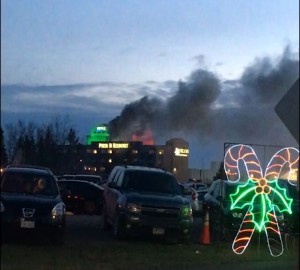 DULUTH, Minn. — Pier B Resort Hotel in Duluth was evacuated Friday after fire broke out in the kitchen, according to Duluth city spokesperson Kate Van Daele. 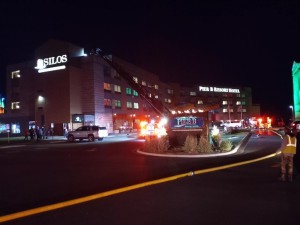 “Crews are connecting lines to attack the fire. Smoke was seen from the roof of the building,” Duluth Fire tweeted around 4:45 p.m.

There were no immediate reports of any injuries.

Van Daele estimated 50 people were evacuated from the hotel.

At 7:25 p.m., officials with Pier B told FOX 21 all guests have been allowed back into their rooms.

This fire comes during the busy holiday weekend for the hotel, as well as a prime spot to stay to see Bentleyville Tour of Lights.

FOX 21 will update this story as more information becomes available.