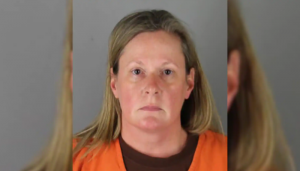 MINNEAPOLIS (AP) – Jury selection begins Tuesday for a white former suburban Minneapolis police officer, Kim Potter, who says she meant to grab her Taser instead of her handgun when she shot and killed motorist Daunte Wright, who was Black.

The Brooklyn Center officer’s reaction on body-camera video seemed to instantly establish the key facts of the case, as she said she grabbed the wrong gun and would be going to prison.

But legal experts say a conviction isn’t as certain as it might seem – at least on the most serious charge she faces, manslaughter.

Her defense attorney says she made an innocent mistake. Potter resigned two days after the shooting.