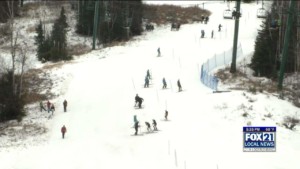 Juan Martinez started his new role in January, but he didn’t move to Minnesota until July.

He coordinates communication between the national forest and the three Ojibwe bands in northeastern Minnesota.

Lutsen officials want to expand onto 494 acres of adjacent Forest Service land to build new ski runs, chairlifts and other amenities they say are needed to compete against big ski resorts.

The Grand Portage Band of Lake Superior Chippewa has argued the project compromises its treaty rights.

Both Martinez and Forest Service officials say all sides should be involved in the discussion.