SUPERIOR, Wis. – Native American Heritage Month is throughout November, and this weekend political leaders from the Twin Ports came together with proclamations and cultural awareness. 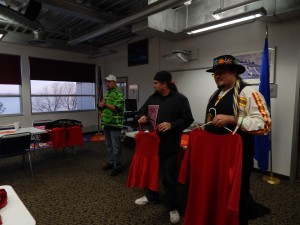 The event was held at the Richard I. Bong Veterans Center in Superior to raise awareness around Native American lives, and some of the serious struggles they are facing like missing and murdered Indigenous women — all while celebrating each other through dance and music.

Organizers said they feel comfort in seeing the Twin Ports continue to grow in support of Native American lives and building better communities for all.