DULUTH, Minn. – The DTA bus driver who hit and killed a man at the Miller Hill Mall in Sept. 10 is now charged with criminal vehicular homicide.

According to the criminal complaint, Crystal Veronica Ball, 36, of Duluth was “grossly negligent” and “distracted” when she ran over David Weston, 64, just before 10 a.m. while going 6 mph during an overtime shift. 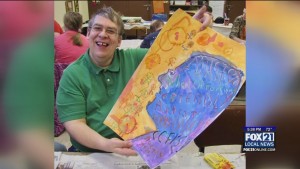 The complaint says Ball did not follow proper blind-spot training when she began driving her bus from the curb without looking straight ahead first.

“Defendant reported she was not new to that route or the bus she was driving. She further stated she was aware that the bus she drove on September 10th had a ‘high mount mirror’ which is harder for her to see around but noted no mechanical issues with the bus on the date in question,” according to the complaint.

Court documents say bus cameras show Ball looking fully left for three seconds before impact — a time frame prosecutors say any reasonable driver could have used to avoid striking the victim who was a “significant distance” away before being hit.

“Defendant reported she had pulled along the sidewalk at mall entrance number 8 noting two other buses were pulled up to the shelter on the other side of the driving lane from where Defendant stopped. She went on to detail that she had let on a rider to her bus and was looking toward the number five bus when the victim caught her eye and waved to her. Defendant said she waved back noting the victim walked with what she described as a “shuffle.” She stated she assumed he had gotten to the sidewalk, looked to her left, made gestures to the number 5 bus driver, and pulled away from the curb. Defendant said she then saw the victim as he impacted with her bus,” according to the complaint.

It was not known Thursday evening if Ball was still employed with the DTA.

A mugshot was not available with the St. Louis County Jail Thursday because Ball was only summoned with the charge.

Her first appearance in court is Dec. 29 via Zoom because of COVID protocols with the St. Louis County Courthouse.