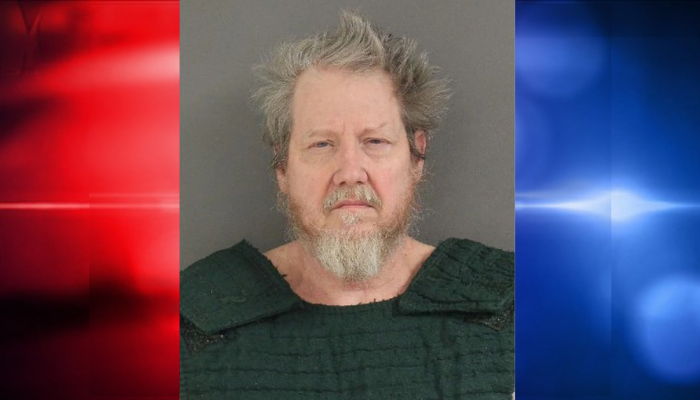 The Carlton County Sheriff’s Office says deputies were called to 3665 Heiskari Road in Kalevala Township for a welfare check on Raymond Julian and his wife Tracy.

According to the criminal complaint, the caller requesting the welfare check said they had received an email from Raymond which implied he planned to kill his wife.

The first deputy to arrive at the scene noticed a man leaving a pole building on the property next to the main residence.

When the man saw the deputy he turned around and reentered the pole building.

According to the complaint, the deputy walked to the pole building door where he was greeted by Raymond.

The deputy told Raymond he was there to check on him and his wife.

Raymond told the deputy he “was well and his wife was in bed and he would rather the deputy not check on her.”

The deputy reassured Raymond he was not in any trouble at which time Raymond replied, “that’s the problem, you’re going to have to arrest me.”

As officers continued speaking with Raymond he stated, “my wife is dead. She’s in the bed. I killed her.”

According to the complaint, Raymond told deputies there was no chance his wife was still alive. He also told officers that there was a shotgun on the kitchen counter and .375 in a black zip case and that there was no one else inside the building.

When deputies entered the pole building they located a deceased female, later identified as Tracy Julian, on the bed.

Authorities say from initial observation at the scene it appears Tracy died as a result of two gunshot wounds, one to the chest and one to the head. Autopsy results are still pending.

Raymond Julian’s bail has been set at $1 million.

He is due back in court on December 27.