Potter Jury To Return Thursday For 4th Day Of Deliberations 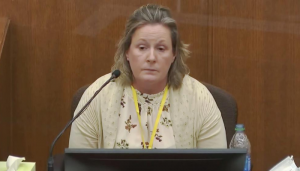 MINNEAPOLIS (AP) – The jury at the trial of a suburban Minneapolis police officer who shot and killed Black motorist Daunte Wright was to return Thursday for a fourth day of deliberations as the Christmas holiday loomed.

The jury weighing Kim Potter’s fate has been out 2 1/2 days, or about 23 hours, since getting the case Monday following closing arguments.

Potter is charged with two counts of manslaughter in the killing of Wright during an April 11 traffic stop.

She has said she meant to use her Taser on Wright but used her gun instead.

The judge has given no indication of how she’ll handle the Christmas holiday.