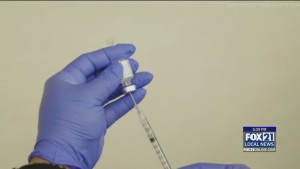 The mandate was supposed to go into effect at the end of December.

The order comes after St. Paul police and firefighter unions and another labor group challenged the mandate as an unfair labor practice and Mayor Melvin Carter announced it without consulting the unions.

Awsumb said the restraining order will remain in place until the unions and the city determine whether they’re legally obligated to negotiate or go to arbitration.

The judge set a scheduling conference for Jan. 20.

US Proposes Once-A-Year COVID Shots For Most Americans