Deputies repeatedly commanded the man to drop his weapon but he refused, and told them to "just shoot me." 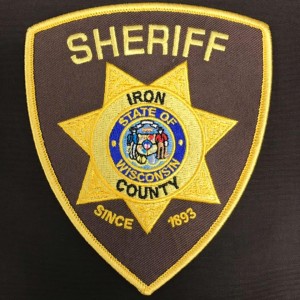 OMA, Wis.- A late-night domestic disturbance call for the Iron County Sheriff’s Office in Wisconsin resulted in a man in custody pending charges including Endangering Safety by Use of a Dangerous Weapon While Intoxicated.

According to a press release from the sheriff, around 11:30 Thursday night deputies responded to a call for a domestic disturbance in the town of Oma where alcohol was reported to be involved.

On arrival, they found a frantic female and toddler in front.

The woman led deputies to the kitchen area when a man entered holding a rifle.

Both deputies repeatedly commanded him to drop his weapon but he refused, and told them to “just shoot me.”

Eventually, he did put the fully-loaded gun down and was arrested with no reported injuries, and taken to Iron County jail on charges.

In his interview, the sheriff said, the man admitted to grabbing a rifle and telling the woman that he was going to have officers shoot him, which he called “suicide by cop.”

He also admitted to having “a large amount” of alcohol and not thinking clearly.

The woman and child were transported to the sheriff’s office then a private residence.