Multi-Vehicle Pileup Reported on I-94 in Western Minnesota Saturday 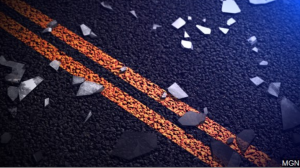 MINNEAPOLIS (AP) — The Minnesota State Patrol reported a pileup of about 50 vehicles Saturday afternoon along Interstate-94 between Alexandria and Fergus Falls, northwest of the Twin Cities.

The Star Tribune reported no fatalities or life-threatening injuries resulted in the multi-vehicle crash, according to Patrol Sgt. Jesse Grabow. But I-94 eastbound at Exit 77 near Ashby was closed for more than an hour.

About 50 vehicles were initially reported in the pile-up amid snowy conditions, including several semi tractor-trailers, Grabow said.