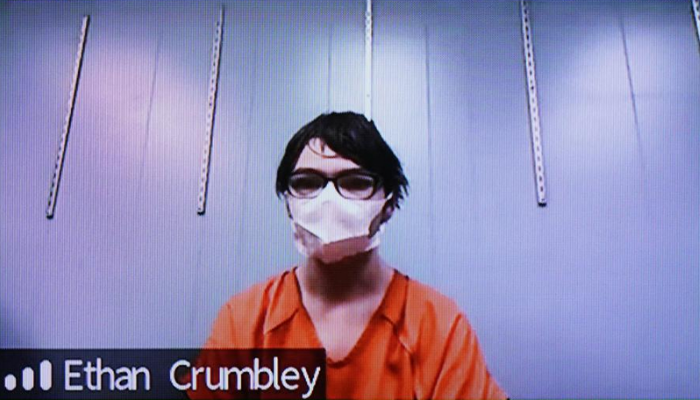 DETROIT (AP) – A teenager charged with killing four students at their Michigan high school has waived a key court hearing.

Prosecutors in Michigan typically must present some evidence to show there’s probable cause to send people to trial on felony charges. It’s a low bar.

Crumbley waived his right to go through that stage Friday. The 15-year-old is charged with murder and other crimes.

Four students were killed and others were injured during a shooting at Oxford High School on Nov. 30. Separately, Crumbley’s parents are charged with involuntary manslaughter.

They’re trying to get their bond reduced Friday so they can leave jail.