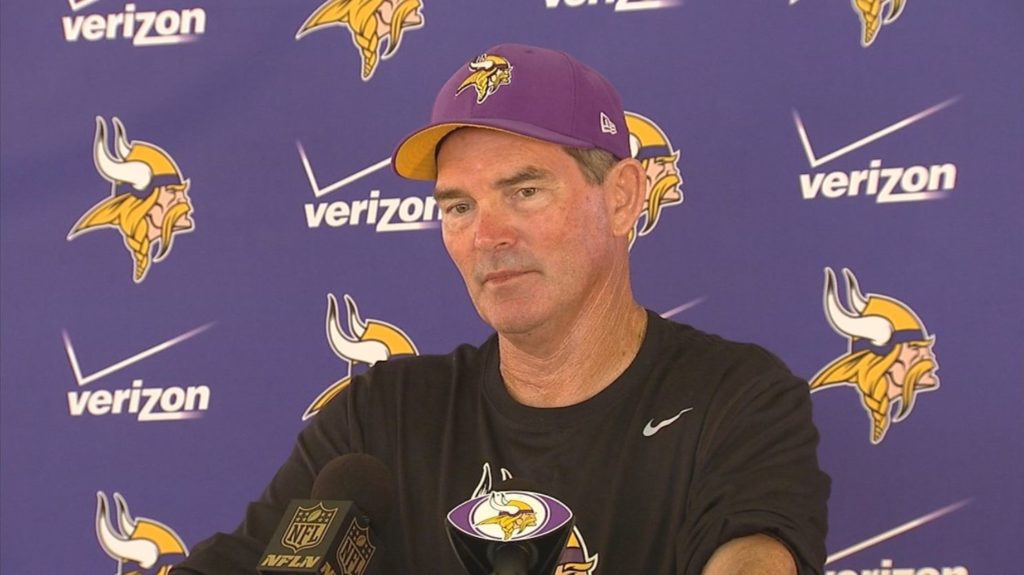 MINNEAPOLIS – It’s been the elephant in the room since the Minnesota Vikings were eliminated from the NFC Playoffs, and it became official on Monday: The team has parted ways with both Mike Zimmer as head coach and Rick Spielman as general manager.

Fox 9 has confirmed that Zimmer is out after eight seasons in Minnesota.

According to Tom Pelissero with NFL Network, the Wilf ownership group is also moving on from Spielman, who has been with the team since 2006.

The Vikings beat the Chicago Bears 31-17 on Sunday in the regular-season finale at U.S. Bank Stadium, in what felt like Zimmer’s last game with Minnesota. The Vikings finished 8-9, missing the NFC Playoffs for the second straight season. Zimmer took his time leaving the field, stopped to take a picture with his son, co-defensive coordinator Adam Zimmer and waved to fans as he left the field.

Zimmer held a team meeting Saturday night and had a message for his players: Thank you.

Zimmer said after Sunday’s win that he hadn’t heard from ownership about his job status, only that, “It’s not my choice, not my decision” if he had coached his last game.

Zimmer won 74 games with the Vikings over eight seasons, including a 72-56-1 regular-season mark and NFC North titles in 2015 and 2017. His first playoff win was the “Minneapolis Miracle.” His second came at New Orleans after Kirk Cousins hit Kyle Rudolph for a touchdown in overtime.

But the Vikings were also .500 or worse in four of those seasons and missed the playoffs five times. That includes three of the last four seasons, something that doesn’t sit well with ownership. The defense ranked No. 29 in the NFL this season, with the rushing defense among the worst in the league. The scoring defense was 24th in the NFL, not good enough for Zimmer or the Vikings’ standards.

Spielman started with the Vikings in 2006 as the team’s vice president of player personnel. He took over as general manager in 2012. Spielman made the move to sign Kirk Cousins as the next franchise quarterback, and with Cousins, the Vikings have won one playoff game and missed the postseason three out of four seasons.

Zimmer leaves the Vikings as the third-winningest coach in franchise history.

The Vikings ownership group now begins its search for the next head coach and a return to relevance in the NFC North and the playoffs.