They said the frequent fires show it's time the building comes down.

DULUTH, Minn.- The frigid firefight at the condemned Esmond building Monday required all hands on deck from not just firefighters but business owners and community members in Lincoln Park.

Staff at the All-American Club just across the corner on Michigan Street provided hot coffee, muffins, and sandwiches for crews taking a break.

They say they witnessed the last two fires at the Esmond even calling it into the fire department on one occasion.

Each time has been a nail-biter since they felt the flames could easily spread to their building. 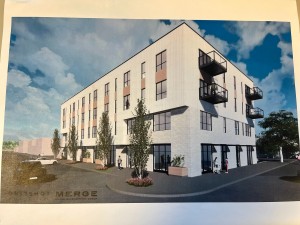 Rendering of the Esmond Building Redevelopment

They said the frequent fires show it’s time the building comes down.

“It would be nice to see another building or a parking lot. Parking’s becoming a premium down here,” said Kara Laulunen, Bartender at the All-American Club. “But there’s also a concern of safety because people were breaking into it to get out of the cold.

That historic building was approved by the city last year to be torn down and turned into affordable housing.

It’s currently in the hands of the housing and redevelopment authority.

HRA’S executive director tells FOX 21 it could’ve been demolished as early as next week.

One resident nearby says he hopes its redevelopment can continue revitalizing the area.

“For years the place had been vacant and it’s kind of an eyesore in the West end here,” Rick Moody said. “For the longest time the West end was known as kind of a bad place and we’d like to see that turn around.”

How Frosty Ridge Keeps Their Alpacas Warm During The Winter