Fire Dept.: Cause Of Superior Warehouse Fire May Never Be Known

The extensive damage to the building is hindering the investigation into a cause.

DULUTH, Minn. – It’s been almost a week since two warehouses went up in flames in Superior’s North End district, and now FOX 21 is learning there’s a strong chance a cause may never been known.

Light smoke could be seen Wednesday coming from the rubble of what’s left of the 1980s-era buildings near the Blatnik Bridge. 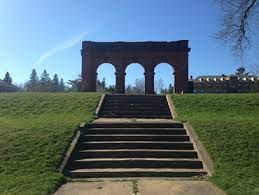 Fire officials are still working hard to determine a cause, but they say it’s been difficult because of the extensive damage and multiple floors now laying in the basement of the buildings.

Meanwhile, the city of Superior is working with the owners of the properties to secure the area as best as possible until demolition can take place.

Mayor Jim Paine says he has some hope that a portion of the historic architecture still standing can be preserved, similar to UMD’s Old Main building that burned down in Duluth in 1993. Pieces of the structure remain in what’s called Old Main Park.