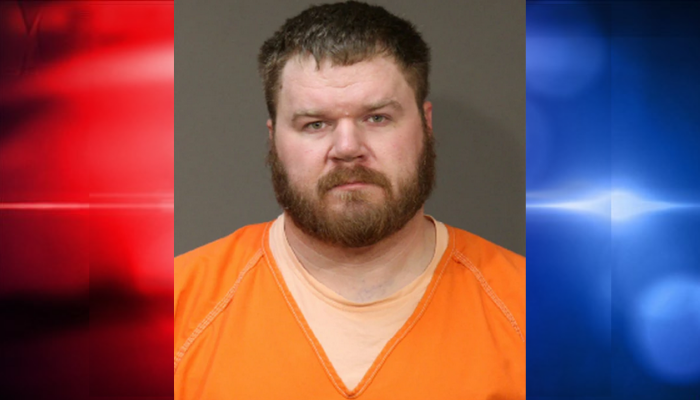 According to court records, Jesse Powell, 32, missed his initial court appearance on Monday resulting in a warrant being issued for his arrest.

An email from the judge filed with the case states, “Mr. Powell showed up in my courtroom at 3:15. He sent me a direct chat saying sorry for being late and wanted to discuss the situation with me. I read the chat outloud on the record, told Mr. Powell I could not discuss the case with him as it would be ex parte, and told him he had a warrant for his arrest.”

Powell was booked on Tuesday at the Itasca County Jail.

He was arraigned on Wednesday morning with bail set at $50,000.

Powell is accused of sexually assaulting a client multiple times.

According to the criminal complaint, a former female client reported to police that the first incident happened during a mediation meeting in March 2021.

Court documents state the client was nervous prior to the meeting and Powell gave her a hug. During this hug, he pressed himself against her and she could feel his genitals.

She told investigators that after the hug she excused herself to the restroom. When trying to shut the door to the bathroom Powell stood in the doorway and allegedly told her “she could go to the bathroom in front of him.”

The client states she refused to do so and stood there for a short time until Powell walked away.

When leaving the restroom Powell allegedly told her “he wanted to see her breasts” and “she should have come out of the bathroom with less clothes on.”

During another incident later in March, the client told investigators that Powell pulled her in for a hug and placed his hands on her breasts over her clothes.

According to the complaint, the most serious alleged incident took place in June 2021.

The former client states that on this date she went to Powell’s office where he pushed her into the bathroom against the sink and raped her. In court documents, she told investigators he “was much bigger than her and intimidating. She stated that she froze.”

Another incident she recalled to police was in July 2021. She had gone to Powell’s office to drop off paperwork for a pretrial when he groped and tried to kiss her while making sexual comments to her.

The complaint states the last meeting she had with Powell was in August 2021. She states she went to his office for a pretrial meeting and while she was in the bathroom Powell walked in and took out his genitals.

She alleges that he pressed himself up against her from behind and put his hand over her throat. “He then pulled his hand away and slapped her on the buttocks twice with his hand,” the complaint states.

According to court records, investigators discovered Powell had a harassment order against him from another former client.

Investigators spoke with the former client who told them that she had hired Powell about a year prior to represent her in a case.

The former client told authorities that Powell had made multiple inappropriate sexual comments to her during meetings. She alleged he would “play footsie” with her and “rubbed her right thigh with his hand.”

The client told investigators Powell then added her on Snapchat and invited her to his house. She declined, blocked him on Snapchat, and reported his behavior to the licensing board.

According to the criminal complaint Powell had also made several sexual comments about female co-workers’ clothing.

You can read the full criminal complaint here.

Powell faces up to 15 years in prison if convicted of the worst charge.

Powell is due back in court on January 24.