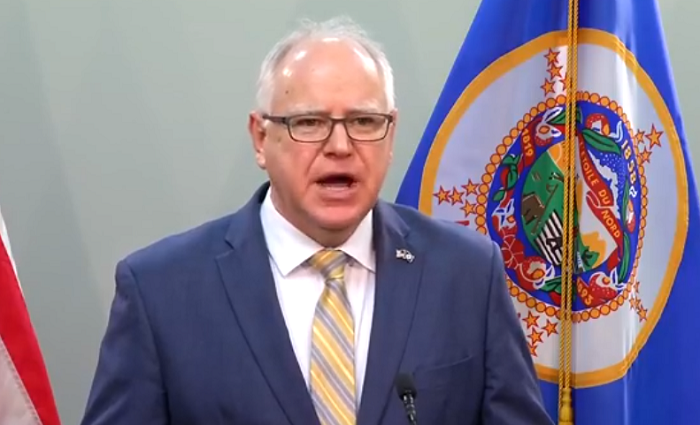 ST. PAUL, Minn. (FOX 9) – Minnesota Gov. Tim Walz is earmarking $40 million in federal COVID-19 relief to bring in hundreds of emergency hospital workers as the omicron variant causes a surge in infections across the state.

State health officials said they aim to hire 350 temporary staffers — including 300 nurses — who will work 60-hour weeks for the next two months. Yet health officials could not guarantee they would be able to quickly find so many contract workers.

“We are hopeful it is a rapid rise and a rapid decline in terms of the number of cases, but these next few weeks will be something we’ve never seen before in Minnesota – ever,” Malcolm told reporters outside Regions Hospital in St. Paul.

The move comes as Minnesota hospitals face their most severe staffing shortages yet. On Wednesday, 1,000 of HealthPartners’ 26,000 employees were out with COVID, while 800 of CentraCare’s 12,000 workers were off the job, the health systems’ chief executives said.

Both chief executives endorsed the move for contract workers.

“From our vantage point, 300 nurses that we can get on board in our hospitals within the next couple of days, the next week or so, will make a material difference,” said Andrea Walsh, HealthPartners’ chief executive. “Will it solve the whole problem? It won’t.”

Omicron is slamming Minnesota’s health systems. As of Wednesday, 1,508 people were hospitalized with the virus, with 257 of them in intensive care units.

Cases are surging: since the start of the pandemic, the five days with the highest number of positive tests have all come in the past two weeks. There are so many cases and tests that Minnesota health officials are struggling to process and report them all, with data lagging by almost a week.

To find the emergency help, Minnesota is negotiating with a national staffing firm that has had success in other states, but one that Minnesota has not previously used, Malcolm said. She did not name the agency.

“We have stipulated to them that it’s not OK to just take a nurse from Regions that also has a contract with the staffing firm and call that an add,” Malcolm said. “That is not an add.”

Walsh and CentraCare chief Ken Holman dismissed accusations that employee vaccine mandates had led to staffing shortages. Less than 1 percent of both health systems’ employees had been fired for refusing to get their shots, and some of those workers have since gotten vaccinated and have returned to work, they said.

Walz has also allocated $5 million in federal money to expand the temporary staff at decompression sites that take discharged hospital patients. Another $40 million will be funneled into testing. The governor must submit the plans to a legislative advisory commission, but the panel cannot block the spending.

Minnesota hospitals have not started bringing back positive, asymptomatic hospital workers to care for COVID-positive patients as California allows. But the option is on the table, Malcolm said.

“When I call our backup, they are either tapped out, or they are positive (for COVID),” said Dr. Benji Matthews, chief of hospital medicine at Regions. “Our reserves are really spent.”

Enbridge Says It Has Fixed Pierced Aquifer Near Oil Pipeline