Investigators learned a 46-year-old man got in a physical altercation with the 42-year-old after arguing. 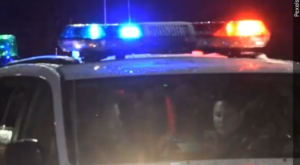 DULUTH, Minn.- One man has died and another arrested pending manslaughter charges after an altercation in Duluth’s Lester Park neighborhood — the city’s first homicide of 2022, according to Duluth Police.

According to a spokesperson with the Department, around 12:50 a.m. Saturday officers responded to a medical/assault call in the 100 block of N 54th Ave E.

Dispatchers told responding officers a male was punched in the head and unconscious.

At the scene, the unconscious 42-year-old man was found laying on the floor. He was later pronounced dead on scene.

Officials are not releasing the deceased man’s name until next of kin is notified.

Investigators learned a 46-year-old man got in a physical altercation with the 42-year-old after arguing. He allegedly assaulted the man unconscious.

The 46-year-old was transported to a local hospital for injuries.

He was then transported to the Public Safety Building, the spokesperson said, where he caused damage to the interview room.

“Our thoughts go out to the deceased male’s family, friends, and loved ones,” the department spokesperson said.