Applications will be accepted only through 4:30 p.m. February 14th, Medved's last council meeting. 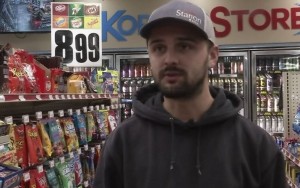 DULUTH, Minn.- On Tuesday the City of Duluth will begin accepting applications to fill the At-Large Council seat soon to be left open by Derek Medved, who announced his resignation last week.

Medved abstained from the vote at the council meeting Monday, making it 7 to 0.

He announced he’s leaving the council to focus on his KornerStore business.

The resolution opens up the application process Tuesday on the City’s website.

Due to COVID-19, applications will only be accepted by email to the provisional City Clerk, Ian Johnson ibjohnson@DuluthMN.gov, or by mail to the City Clerk’s Office, 318 City Hall, 411 W. 1st St., Duluth, MN 55802.

Applications will be accepted only through 4:30 p.m. February 14th, Medved’s last council meeting.

He told FOX 21 Monday he’ll speak more on his departure then.

“This isn’t a time for goodbyes but I’ll just say we’ll certainly miss you Councilor Medved,” Council President Forsman said. “And it’s too bad this is on here but I feel very excited for your future endeavors.”

The City Council will conduct interviews with applicants February 24th.

Councilors will then rank their top three candidates for a second round of interviews during a special Council meeting at 5 p.m. February 28th.

Councilors will then vote on who will finish out Medved’s remaining term of two years.