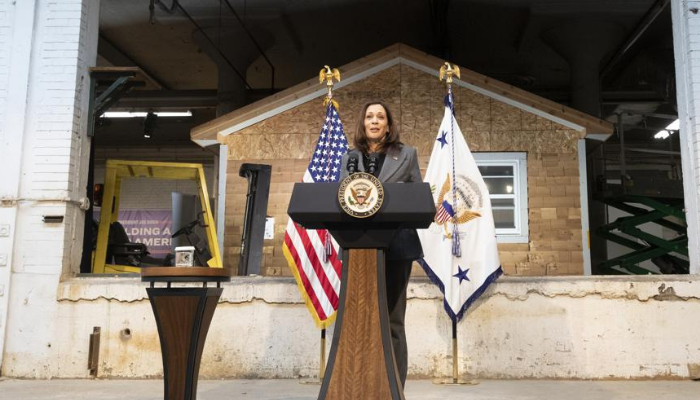 MADISON, Wis. (AP) – Vice President Kamala Harris says during a stop in Milwaukee that removing and replacing lead pipes is a moral imperative and must be one of the nation’s highest priorities.

She noted the environmental and health risks lead exposure presents from children to the elderly.

Harris said Monday that the country is “long overdue” to get rid of lead pipes and paint.

She delivered her comments at the Wisconsin Regional Training Partnership/BIG STEP program in west Milwaukee.

She says, “Eliminating lead exposures in our nation must be among our nation’s highest priorities.” Harris promoted the $1 trillion bipartisan infrastructure law that will send $48 million to Wisconsin to remove lead pipes.