As of 6 a.m., Crews Remain On Scene Battling Flames and Smoke 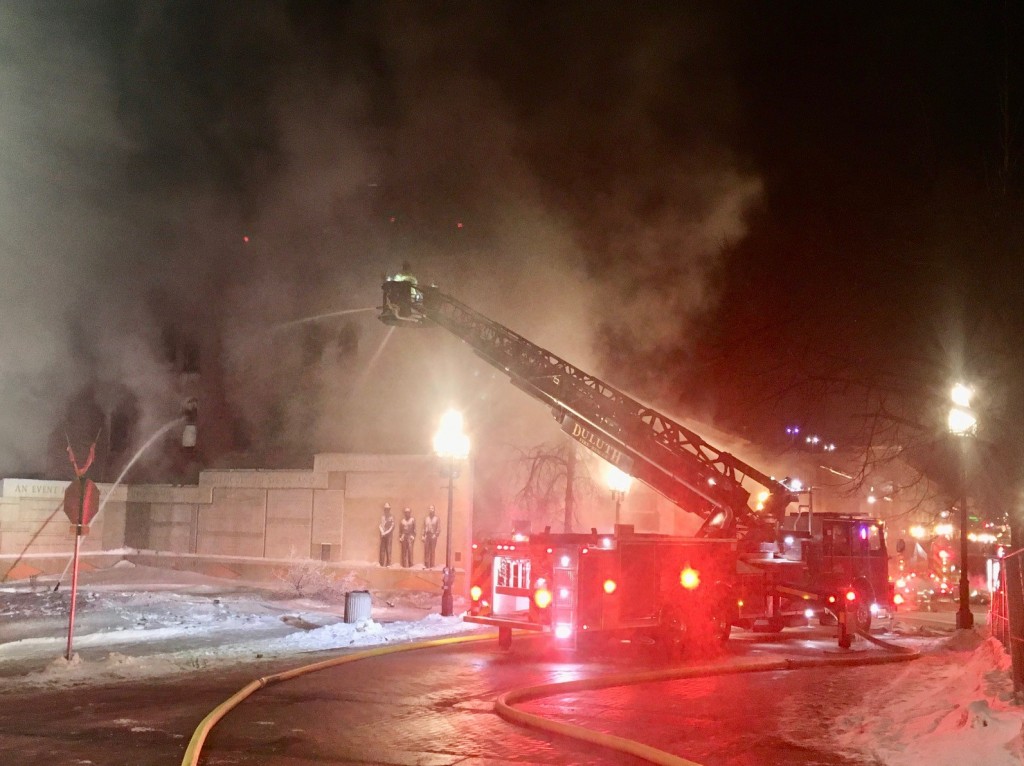 Initially, crews were laying lines to the basement of the building and setting up for aerial operations, however, just a short time later, the fire had spread to the second floor of the building, and crews were pulled from inside.

The current road closures are in place due to water from the fire icing up.

Public Works is working on clearing water and ice from Michigan Street and hope to have it reopened Friday morning.

The fire is still active and crews expect to be on scene through the morning.

This is a developing situation. Crews remain on scene battling flames and smoke.