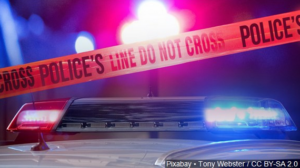 The St. Louis County Sheriff’s Office is investigating a stabbing in the Babbitt area that injured a 71-year-old man.

Authorities responded around 3 p.m. Saturday after the man called 911 to report he had been stabbed in the neck.

A 36-year-old woman who was staying in the home was arrested.

An address was not released by the St. Louis County Sherriff’s Office other than saying it happened in “Unorganized Township U61R13, Babbitt, MN.”

The names of the two people “are being held at this time for investigative purposes,” according to Supervising Deputy Jon Skelton.  “This was an isolated incident and there is no danger to the public.”