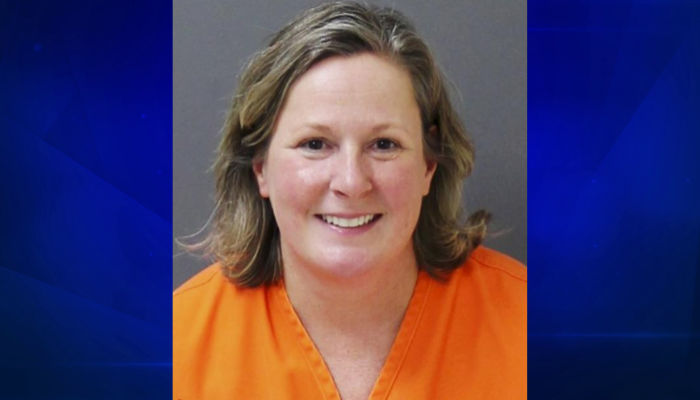 (Minnesota Department of Corrections via AP)

ST. PAUL, Minn. (AP) – Prosecutors say the former suburban Minneapolis police officer who was convicted of manslaughter in the killing of Daunte Wright should face a sentence above the state’s guidelines.

But defense attorneys for Kim Potter say she should get a lower sentence – or even probation.

Potter is the former white Brooklyn Center officer who said she confused her handgun for her Taser when she killed Wright, who was Black, last April.

Guidelines call for a sentence ranging from just more than six years to about 8 1/2 years.

But prosecutors say she should get more than that because she endangered others and abused her authority as an officer.

Her attorneys say Wright’s actions set the incident in motion and she should not be penalized for that.