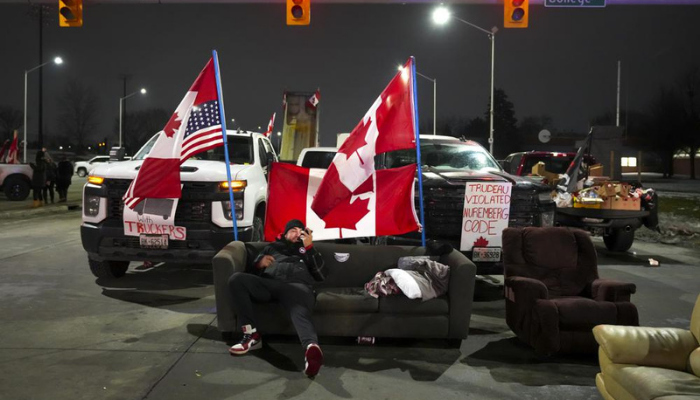 TORONTO (AP) – The truck blockade at the U.S. border by Canadians protesting the country’s COVID-19 restrictions is tightening the screws on the auto industry, forcing Ford, Toyota, and General Motors to shut down plants or otherwise curtail production.

It is disrupting the flow of auto parts and other products back and forth across the border.

Meanwhile, U.S. authorities braced for the possibility of similar truck-convoy protests across the United States, and authorities in Paris and Belgium banned road blockades to head off disruptions there too.

The U.S. Department of Homeland Security said in a bulletin to local and state law enforcement agencies that it has received reports that truckers are planning to “potentially block roads in major metropolitan cities” in a protest against vaccine mandates and other issues.

“My message is simple: reopen traffic on the bridge,” she said in a statement. “The blockade is having a significant impact on Michigan’s working families who are just trying to do their jobs. Our communities and automotive, manufacturing, and agriculture businesses are feeling the effects. It’s hitting paychecks and production lines. That is unacceptable.”