Ontario Declares an Emergency Over Truck Blockades in Canada 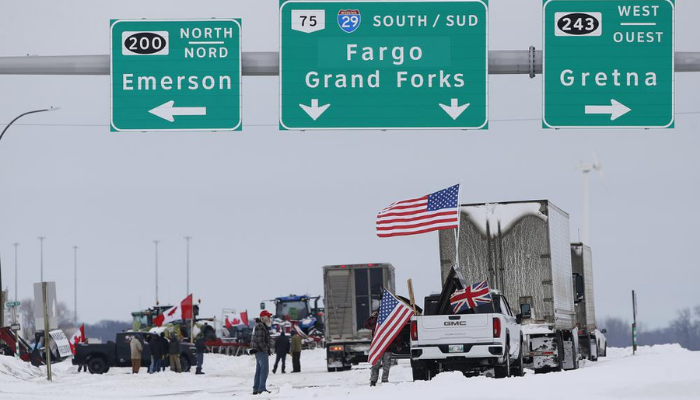 TORONTO (AP) – Ontario’s premier has declared a state of emergency Friday in reaction to the truck blockades in Ottawa and at the U.S. border and says he will urgently press for new legislation cracking down on those who interfere with the free flow of goods and people.

Hundreds of truck drivers have bottled up the Ambassador Bridge connecting Canada to Detroit and have paralyzed downtown Ottawa.

Premier Doug Ford said he will convene the provincial cabinet on Saturday to enact orders that make it “crystal clear” it is illegal to block critical infrastructure.

“We are now two weeks into the siege of Ottawa,” Ford said. “It’s an illegal occupation. It’s no longer a protest.”