Official: Trudeau To Use Emergency Powers to Quell Protests 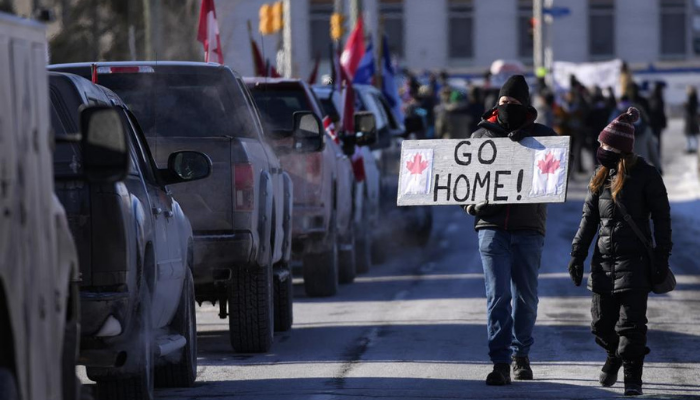 OTTAWA, Ontario (AP) – A government official in Canada says Prime Minister Justin Trudeau will invoke emergency powers to quell the protests by demonstrators who have paralyzed Ottawa and blocked border crossings in anger over the country’s COVID-19 restrictions.

For the past two weeks, hundreds and sometimes thousands of protesters in trucks and other vehicles have clogged the streets of Ottawa, the capital, railing against vaccine mandates and other virus precautions and condemning Trudeau’s Liberal government.

The senior government official who confirmed the plans to use emergency powers was not authorized to discuss the matter publicly and spoke on condition of anonymity.