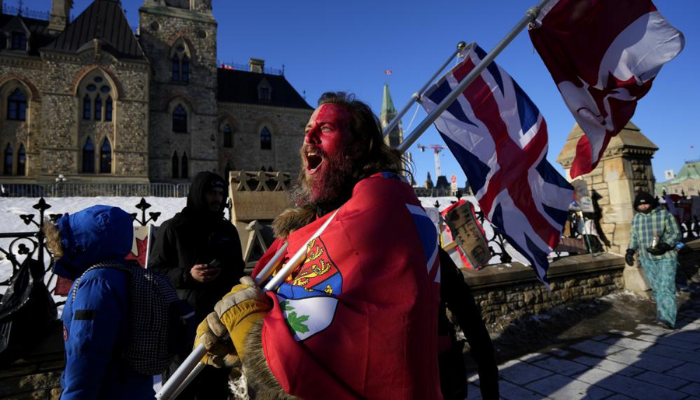 OTTAWA, Ontario (AP) – Trucks and other vehicles in Canada are rolling out of a southern Alberta town and ending a blockade that paralyzed a United States border crossing into Montana for more than two weeks.

The convoy left Tuesday one day Prime Minister Justin Trudeau invoked emergency powers to try to break the siege there and elsewhere around the country.

Meanwhile, a Canadian official says the police chief in Ottawa has resigned amid criticism of inaction against COVID-19 protests that have paralyzed Canada’s capital.