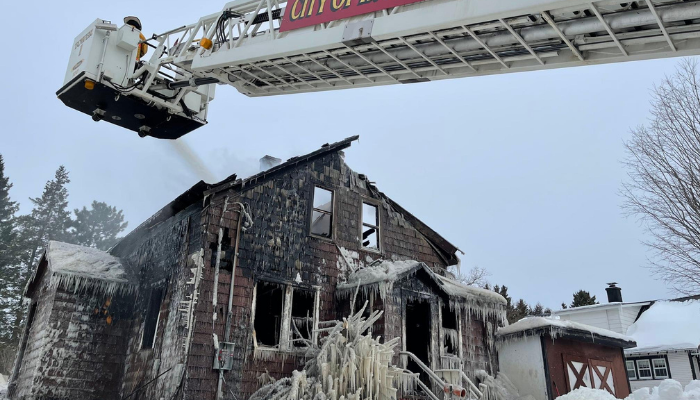 IRONWOOD, Mich. – The Ironwood Public Safety Department says a home is a ‘total loss’ after an early Tuesday morning fire.

According to a press release, the fire was reported as a chimney fire around 3:20 a.m. Tuesday on the 900 block of East Pine Street.

When first responders arrived at the scene the fire had spread to the rest of the home.

The family safely escaped the home prior to fire crews arriving at the scene. There were no reported injuries.

The home, including all contents, was a total loss.

The fire was fully extinguished by 1:00 p.m.

The family is currently being assisted by the Red Cross.

The Aurora Club is accepting donations on behalf of the family and has planned a spaghetti dinner fundraiser.

One Injured After Jet Ski Explodes