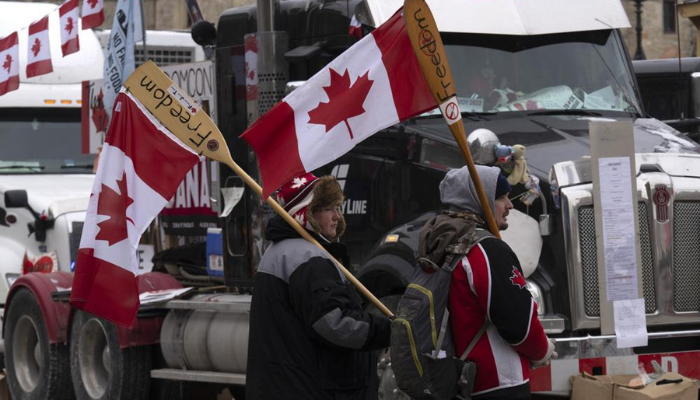 Authorities are warning truck drivers that they could lose their licenses if they don’t go now.

The protesters decrying vaccine mandates for truckers and other COVID-19 precautions have jammed the streets of the capital since late January.

The warnings from police come just days after Prime Minister Justin Trudeau gave authorities clearance to ban the blockades and tow away the trucks.