‘Storyliving’: Disney To Develop US Residential Communities, Starting in California 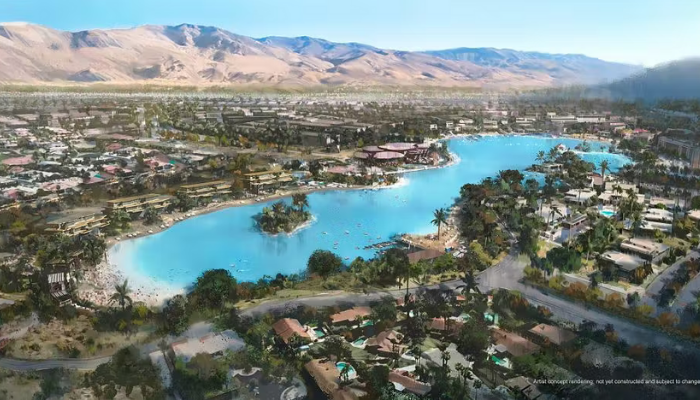 RANCHO MIRAGE, Calif. – The Walt Disney Company announced plans this week to develop residential communities across the U.S., including the first in California’s Coachella Valley, that will be geared toward fans and “infused with the company’s special brand of magic.”

The first development, called “Cotino, a Storyliving by Disney community,” will be built in Rancho Mirage, Calif. — an area where Walt Disney once owned a home and would spend leisure time with his family, the company said.

It added that additional locations in the U.S. are under exploration for future development.

Cotino will be open to homeowners of all ages and will include at least one section specifically for residents age 55 and up. The development will include a range of home types, including estates, single-family homes, and condominiums, the company said.

Disney cast members trained in the company’s guest service will operate the community association, the company said. A club membership will also give access to “curated experiences,” such as wellness programming, entertainment ranging from live performances to cooking classes and seminars.

The development is expected to surround a 24-acre “grand oasis featuring clear turquoise waters with Crystal Lagoons technology, enabling crystalline lagoons of any size to be built sustainably, with low water consumption and using a minimum amount of additives and energy,” the company said in a press release.

Cotino will also include a mixed-use district, with shopping, dining, entertainment, a beachfront hotel, and a “professionally managed” beach water park.

The planned neighborhood is being constructed by Disney in collaboration with DMB Development, which has developed several large-scale planned communities in the U.S.

“For nearly 100 years, Disney has shared stories that have touched the hearts and minds of people all around the world,” Josh D’Amaro, Disney Park’s chairman, said in a statement. “As we prepare to enter our second century, we are developing new and exciting ways to bring the magic of Disney to people wherever they are, expanding storytelling to storyliving.”