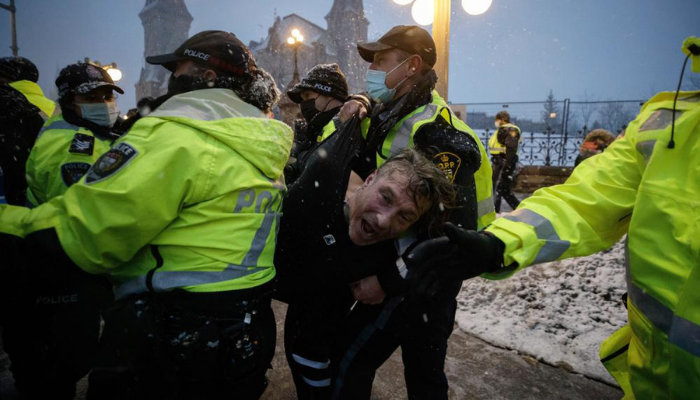 OTTAWA, Ontario (AP) — Police in Canada say they have arrested at least 70 people and made progress in clearing out truckers who have paralyzed Ottawa for three weeks in a protest against the country’s COVID-19 restrictions.

Hundreds of police moved into the capital’s downtown Friday morning and began taking protesters into custody and towing away big rigs blocking the streets. Many truckers left on their own.

Interim Ottawa Police Chief Steve Bell says police are continuing to try to take control of the streets and will work around the clock until that happens.

Bell says there has been one minor injury to an officer, and no protesters have been hurt.

The protesters in Ottawa are part of a movement that has staged blockades along the U.S. border and caused economic harm to both countries.