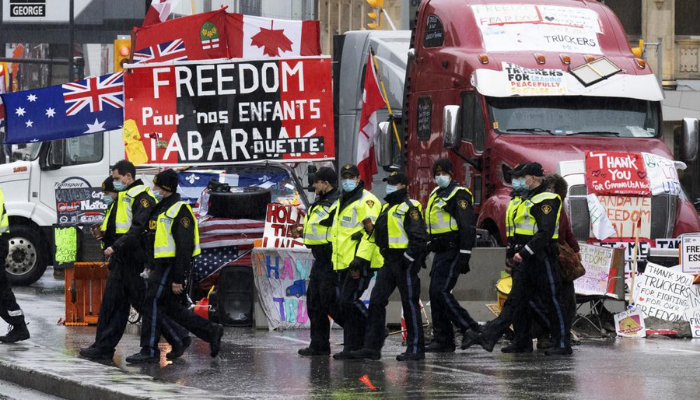 OTTAWA, Ontario (AP) – Authorities in Canada are beginning to arrest protesters who have paralyzed traffic in Ottawa for three weeks in a demonstration against the country’s COVID-19 restrictions.

Police in Ottawa say some protesters are surrendering and being arrested downtown Friday morning.

One person being led away was carrying a sign that says “Mandate Freedom.”

Police already arrested two of the protest’s leaders late Thursday and have sealed off much of the downtown area to outsiders.

The protesters in the capital make up the movement’s last stronghold after weeks of demonstrations and blockades that shut down border crossings into the U.S. and caused immense economic harm.