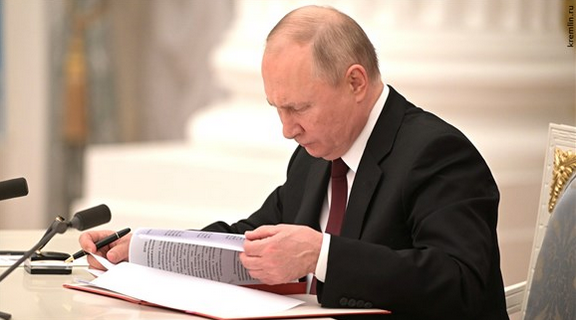 Those moves come as the region braced for further confrontation Wednesday after President Vladimir Putin received authorization to use military force outside his country.

Hopes for a diplomatic way out of a new, potentially devastating war appeared all but sunk as the U.S. and key European allies accused Moscow on Tuesday of crossing a red line in rolling over Ukraine’s border into separatist regions.