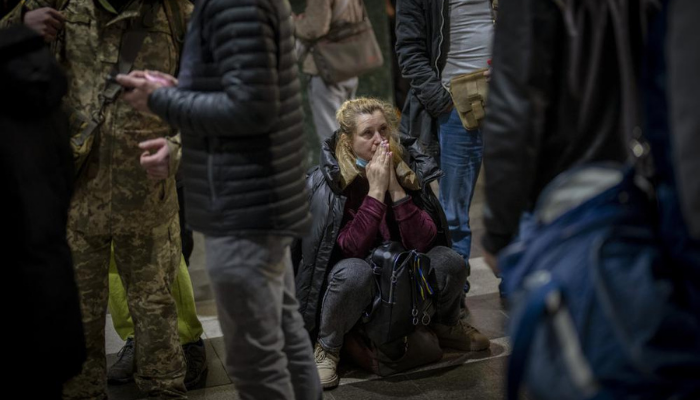 The attack began before dawn and brought explosions to Ukraine’s capital, Kyiv, and other cities.

Ukraine’s leadership said Thursday at least 40 people have been killed so far in what is called a “full-scale war” targeting the country from the east, north, and south.

In a televised address as the attack began, Russian President Vladimir Putin warned other countries that any attempt to interfere would “lead to consequences you have never seen in history.”

Ukrainians started fleeing some cities. The Russian military claimed to have destroyed 74 Ukrainian military facilities, including 11 air bases, within hours.