US Braces for Russian Cyberattacks in Wake of Ukrainian Invasion 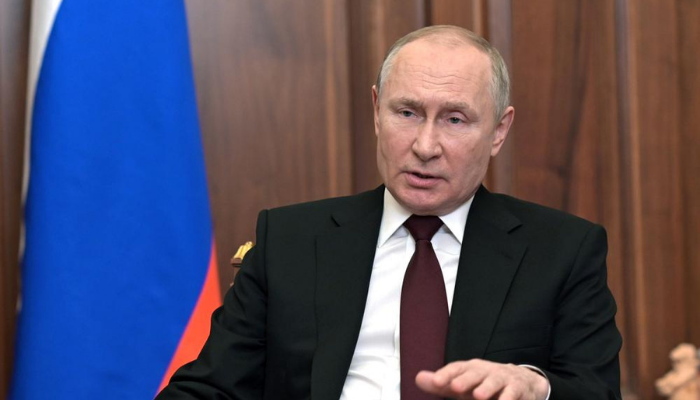 (FOX Business) – The U.S. government is on high alert for signs of Russian cyberattacks against banks and other financial institutions after Moscow launched a wide-ranging attack on Ukraine on Thursday, eliciting harsh sanctions from the international community.

A homeland security source with knowledge of the matter told FOX Business on Thursday that the cyber threat to the U.S. from Russia is still active and has not changed since Russian President Vladimir Putin launched a full-scale invasion of Ukraine.

Threats to the national grid and major American banks are a real possibility, the person said. Both the Department of Justice and FBI are braced for a potential attack and are closely tracking any unusual cyber activity. The DOJ has an entire national security division devoted to this.

If Russia penetrated and hacked the U.S. electric grid, intelligence estimates it could take between one and two weeks to get it back online and fully functioning. The U.S. government has previously released evidence showing that Moscow launched a massive hacking campaign to infiltrate America’s “critical infrastructure” — which includes things like power plants, nuclear generators, and water facilities.

The joint report from the FBI and Department of Homeland Security in 2018 claims that Russian hackers gained access to computers in the targeted industries and successfully collected sensitive data such as passwords, logins, and information about energy generation.

Although it’s unclear whether Russia successfully sabotaged the power grid at the time, the hackers may have secured enough information to successfully set up future attacks, according to the report.
Lawmakers urged all Americans and businesses on Thursday to shore up their cyber defenses.

“Russia is fighting both a kinetic and cyberwar – I encourage all Americans and businesses to strengthen all their cyber defenses in light of the possibility of disruptions,” Sen. Mark Warner, D-Va., tweeted.

The warning comes after Russia launched a broad offensive against Ukraine late Wednesday night, hitting cities and bases with airstrikes and shelling. The war has shattered close to three decades of peace in Europe.

Putin threatened that any foreign country attempting to interfere will be hit with “consequences you have never seen” – a chilling reference to Moscow’s nuclear arsenal. American and European officials also fear that Russia may retaliate against the sanctions by cutting off the supply of oil and natural gas that flows from Moscow to Europe, sending prices spiraling higher.

“As of today, our countries are on different sides of world history,” Zelenskyy tweeted. “Russia has embarked on a path of evil, but Ukraine is defending itself and won’t give up its freedom.”

Although the invasion sparked fresh jitters about the possibility of a new world war, the U.S. and its NATO allies have so far shown no indication that they would join the war against Russia.
Fox News’ Gillian Turner contributed to this report