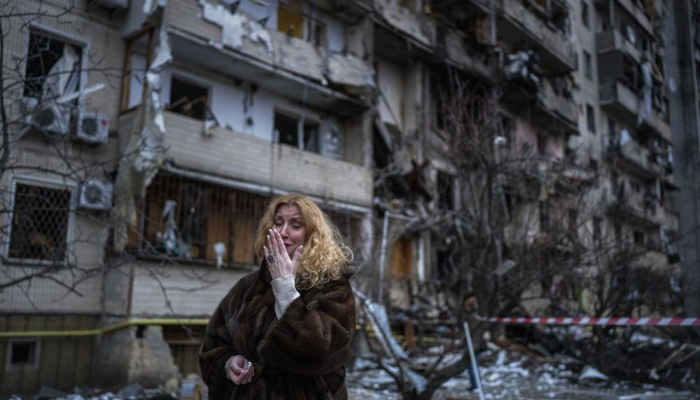 KYIV, Ukraine (AP) – Russian troops are bearing down on Ukraine’s capital, with gunfire and explosions resonating ever closer to the government quarter.

The invasion of a democratic country has fueled fears of a wider war in Europe and triggered worldwide efforts to make Russia stop. Amid growing casualties from the deadly warfare, the Kremlin said Russia was ready to talk but it appeared to be an effort to squeeze concessions from Ukraine.

There were growing signs that Vladimir Putin’s Russia may be seeking to overthrow Ukraine’s government.

The U.S. and other global powers slapped ever-tougher sanctions on Russia as the invasion reverberated through the world’s economy and energy supplies. U.N. officials said they were preparing for millions to flee Ukraine.