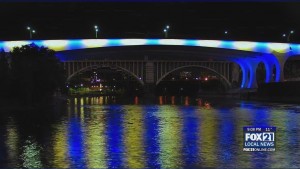 ST. PAUL, Minn. – Gov. Tim Walz has proclaimed Sunday, Mar. 6 as Ukrainian Solidarity Day in the State of Minnesota to “honor the bravery and resilience of the people of Ukraine as they fight to defend their country and their freedom,” Walz said in a statement.

“I’m proud to declare today as Ukrainian Solidarity Day in Minnesota,” said Walz. “We stand with our Ukrainian community here in Minnesota and abroad as the brave and resilient people of Ukraine continue to defend freedom and democracy against this unlawful, unprovoked Russian invasion.”

“Ukrainians are our friends, family, and neighbors,” said Lieutenant Governor Peggy Flanagan. “We’re sending a clear message on Ukrainian Solidarity Day: The Ukrainian community and its allies are strong here in Minnesota and we stand with you.”