DULUTH, Minn. – Former Duluth City Councilor Derek Medved, who owns the KornerStore gas stations in the Northland, says gas prices have been changing by the hour.  And it comes as he recently purchased multiple Minit Marts in the area. 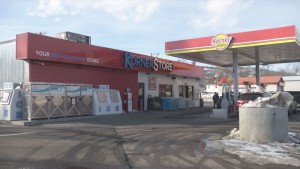 Medved is a bit frustrated with rising gas prices, but in a different way than consumers. He says big-box retailers have been breaking the law by refusing to raise prices with the market as costs increase, which he says makes smaller-owned retailers look like “crooks” when those big boxes set gas prices significantly lower than others.

“Nine times out of 10 they are breaking the rules and regulations the state of Minnesota has in place. The state requirement, or law, is that you have to be 8 cents above your cost, which allows any organization to afford credit card costs and other fees they might incur by being in operation,” Medved said. 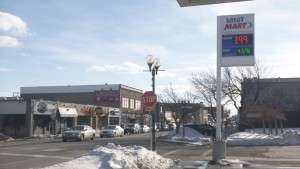 Medved said he wants the stores to better meet each neighborhood’s needs, like the Lincoln Park location, which has long been considered a food desert with no walkable grocery store in sight.

Medved expects prices to come down in the Minit Mart convenience stores, which will be branded as KornerStores.

The 26-year-old started his gas station business at age 19 with the purchase of the former Milk House in Gary.

He now owns a total of 11 stores with plans to add even more in the region down the road.