DULUTH, Minn. – Duluth’s Sister Cities is speaking out in support of Petrozavodsk, Russia, which is one of Duluth’s sister cities, as that country’s leader continues to pummel Ukraine.

In an email Tuesday to Mayor Emily Larson and city councilors, Sister Cities board members said they condemn Russia’s invasion of Ukraine and they stand in solidarity of the people of Ukraine.

But at the same time, the non-profit said it stands with the people of Petrozavodsk, saying sister cities are formed to promote peace and unity, especially during times of war — with no interference of governments. 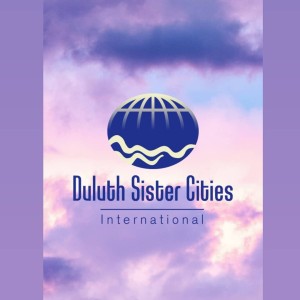 Sister Cities of Duluth said the current war between Russia and Ukraine is even more of a reason to “strive to see the shared humanity that connects us all.”

For the full email, see below:

Duluth Sister Cities International offers the following statement on the status of our sister city relationship with Petrozavodsk, Russia:

Duluth Sister Cities International unequivocally condemns Russia’s invasion of Ukraine. We stand in solidarity with citizens of Ukraine as they experience unimaginable suffering and bravely risk their lives to defend their sovereignty.  At the same time, we offer steadfast support to our friends in Duluth’s sister city of Petrozavodsk, Russia as well as the many Russian citizens who call Duluth home.   Acts of war by rulers and regimes are not the acts of ordinary citizens. Sister Cities are formed to promote peace by building person-to-person relationships, purposely outside the purview of state and federal governments.  Therefore, we intend to maintain Duluth’s sister city relationship with Petrozavodsk.

This decision is supported by parent organization Sister Cities International, which made the following statement pertaining to communities with Russian sister cities:

“We reemphasize and underscore that our policy remains to encourage our members and U.S. communities to keep their sister city relationship active, especially now when the political issues and actions of the day threaten to disrupt the positive, constructive relationships that have been made, over many years, at the people-to-people and community-to community levels. We ask each of you to reaffirm this policy in all your interactions within your communities.”

Finally, we note that Duluth’s relationship with Petrozavodsk was forged in the mid 1980’s amidst cold war tensions.  Citizens in both cities chose to transcend acts and attitudes of their federal governments and instead recognize each other’s shared humanity.  In this present time of pain and discord, we must now more than ever strive to see the shared humanity that connects us all.

Please let us know if you’d like further discussion or explanation on this matter.

The Board of Directors and Staff of Duluth Sister Cities International: