DULUTH, Minn. – The Duluth Playhouse is saying goodbye to its longtime smaller stage at the St. Louis County Depot in a consolidation move that’ll bring most of its programming within its home base at the NorShor Theatre. 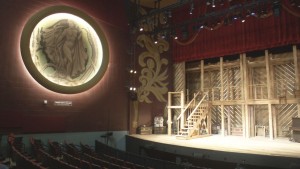 The stage at the NorShor Theatre

Playhouse Executive Director Wes Drummond said the pandemic forced arts organizations across the country to reimagine how they operate. He said that challenge and rising rent at the Depot made the decision to consolidate that much easier.

So now, the Playhouse’s Family Theatre series and the Playhouse School of Performing Arts will all take on the much bigger stage at the NorShor starting next season. That means going from 280 seats at the Depot to around 600 at the NorShor.

“It is a different energy, it does require a different skill. We do have a balcony, so there is a different focus that is required from performers here and to just have the bravery and confidence to perform for audiences of this size, and we think our students are ready for it,” Drummond explained. 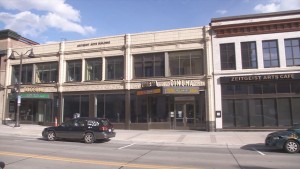 Zeitgeist’s theatre is located across the street from the NorShor

As for the Underground Theatre at the Depot, it will be moving across the street from the NorShor to a stage at the Zeitgeist Teatro Performing Arts Theater.

In the meantime, all productions will finish out the season in their current homes, like the Tony award-winning Broadway musical RAGTIME now playing at the NorShor Theatre.

“RAGTIME, it’s unbelievable. We have six guest actors from around the country, 17 local performers, a 16-piece orchestra,” Drummond said.

RAGTIME performances are the next two weekends with a final show April 3.

Check out the Duluth Playhouse’s website for upcoming shows at the Norshor and the Depot before the new season starts in September all in the HART District.