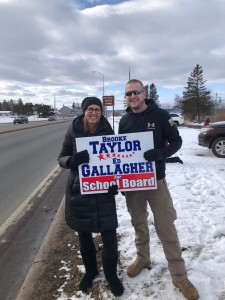 SUPERIOR, Wis. – Christina Kintop, a nearly 20-year veteran of the Superior School Board and current board vice president, was voted out of her seat during Tuesday’s Spring General Election with nearly 27 percent of the vote, according to the county’s unofficial results Tuesday evening.

Both Gallagher and Taylor take the win, as there were two seats open on the school board.

“As a board, they need to come together and make positive changes for our district. I think there can be a ton of good that comes from this election and there has to be for our students’ sake,” Taylor said in a Facebook post on Election Day.

For more on races throughout Douglas County and surrounding counties, click here. 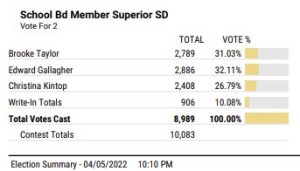