Special Report: Road To, Beyond CODA for Duluth’s Daniel Durant

DULUTH, Minn.- While the glitz and glam of the Oscars can seem like the ultimate achievement for a film, this year’s Best Picture CODA and the Duluth-native in its cast are accomplishing more by shedding light on the limitless potential of the deaf and hard-of-hearing community.

It seemed all of Duluth turned out to the DECC Monday to welcome Daniel Durant back from Hollywood. Mayor Emily Larson even proclaimed April 4, 2022 as “Daniel Durant Day.”

For Daniel, Duluth was the birthplace of his love for acting, in a little play called A Nurse, A Child and A Bear which he performed right on the Depot stage.

“And so to have that role at 9, and I just loved it,” he signed in ASL, with interpreter Doug Bowen-Bailey — who served as his interpreter when he lived here. 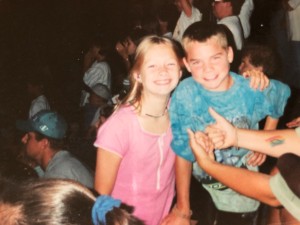 “To be on stage with an audience there and be able to tell stories and to be able to act and be able to put on different characters and work with people in that way and be so creative, it just kind of had this natural connection for me,” said the actor.

The play was written for the few deaf and hard-of-hearing students taught by Reysa Carlson at Lakewood Elementary School.

“Then Jennifer, my daughter, she was in it too cause she’s deaf too,” said Carla Larson. She was Daniel’s first teacher at Lakewood up until 3rd grade.

“He was really a delight, a delight to work with,” Larson said. “A ball of energy, in preschool for sure. He was engaged in everything we brought out.”

Larson taught in the Duluth Public School system for about 25 years.

She’s seen firsthand what not having a role model — like Daniel is now — can do to young deaf hard-of-hearing kids.

“2 or 3 times a year I would bring in a deaf adult because oftentimes if they don’t meet another deaf person, then they literally thought that when they moved into middle school that they would become hearing,” said Larson over Zoom from the Twin Cities.

“So it’s so important for kids to see deaf adults in different roles as secretaries, as doctors, as engineers as janitors, as actors,” she said.

Seeing Daniel’s success in the film meant even more to Larson, who is a CODA herself.

The movie centers around Ruby Rossi, the only deaf member of her family who wants to pursue her singing dreams at Berklee College of Music, while her father Frank (Troy Kotsur), mother Jackie (Marlee Matlin), and brother Leo (Durant) need her help with the family fishing business in Gloucester, Massachusetts.

While working with her choir teacher, played by Eugenio Derbez, Ruby and her family are bullied by some other students. 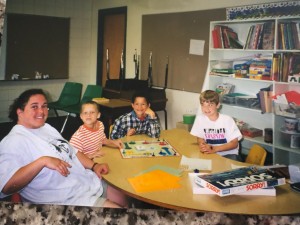 For Larson, the film brought back her own memories of when she found herself made fun of in school for having deaf parents, and the importance of telling CODAs’ unique stories on a global stage.

As the film illustrated, CODAs are just a part of the diverse deaf and hard-of-hearing community.

“Part of my education [at UWS] is to teach those students — the hearing students — what it means about deaf culture, about deaf people. Living the deaf life the barriers and the things that we experience,” said Julie Guddeck, who teaches at the University of Wisconsin-Superior.

According to Guddeck, the Lead Deaf and Hard of Hearing teacher for  Duluth ISD 709, the number of deaf and hard of hearing students in the district has grown since Daniel left.

At least 50 kids are registered for services, she said, making it the biggest in the Arrowhead region. So she noticed their excitement at seeing one of their own on the big screen and Oscars stage.

“And the idea that ‘this guy, he’s from Duluth? I didn’t know that!’ And it’s just the idea that someone here from their hometown is now big in the world and in Hollywood and all those things and so they’re thrilled about that,” said Guddeck.

“I have a few students who are interested in acting and involved so to see that, it’s a good motivator and inspiration for them,” she said.

Durant seemed to embrace being a role model for those kids — offering something he said he really didn’t have growing up.

“I work with a young boy in Eveleth who I look at and I see myself at him he’s in a mainstream setting and I can just see him looking up to me now,” said Daniel, “and I think for other kids to have that role model as well is just really significant.”

The buzz from CODA spread to local secondary education as well, especially when the Oscars audience signed their applause.

“Really that showed that hearing people can realize that there are other ways, kind of visual ways to express that you know because the sound based clapping wouldn’t make as much sense so to see the deaf people kind of applauding him in that way in a visual way was really beautiful,” said Mary Soltis, ASL Lab Supervisor, and Coordinator at UMD.

The Deaf Studies Minor at UMD has the second-largest enrollment in the school.

The program offers courses in linguistics, deaf culture, and American Sign Language skill building for hearing students to learn more about that world.

But of course, watching Daniel in CODA has also opened up old 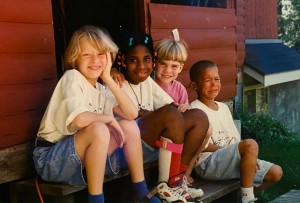 memories for those who watched him grow up, like Joanne Coffin-Langdon.

“That kid, you know the snot-nosed kid that I knew with his bowl cut to see him, he was kind of a little bit of a trouble maker now to see what he’s become,” she said. Her daughter also performed with Daniel in A Nurse, A Child, and A Bear.

A longtime advocate for her fellow community members, Coffin-Langdon said the film also sheds light on the work still needed to be done for deaf and hard-of-hearing people across the country.

“During the Oscars, it was cool to have an interpreter up on stage, and then there was also another interpreter facing the deaf people onstage, so to have multiple interpreters like that,” she said as an example.

“But as soon as they left the interpreters left, and so there was no kind of access throughout the whole show,” said the hospital chaplain and retired UMD professor.

Still, Coffin-Langdon said each award the film won was a win for the deaf and hard-of-hearing world.

“So that award feels a little bit like I can claim some of that as well cause it means that I can kind of break these barriers as well so I think it’s really just a beautiful thing for the deaf community,” she said.

CODA has brought Daniel to the Oscars and even the White House.

“So I feel like this celebration is really touching for me and I think it’s really celebrating the whole Duluth community as well,” Durant said Monday.