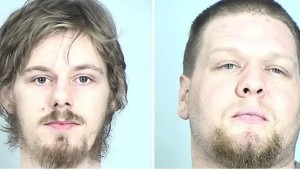 ST. PAUL, Minn. (AP) – Two Illinois men who helped bomb a Minnesota mosque in 2017 have received prison sentences far below the 35-year mandatory minimum they faced, after victims and prosecutors asked for leniency.

Thirty-three-year-old Michael McWhorter was sentenced Tuesday to just under 16 years in prison and 26-year-old Joe Morris got about 14 years.

Both testified in the 2020 trial against Emily Claire Hari, the leader of a small Illinois militia group and the mastermind of the mosque bombing.

Hari was convicted in late 2020 and sentenced last year to 53 years in prison for the attack on Dar Al-Farooq Islamic Center in Bloomington.